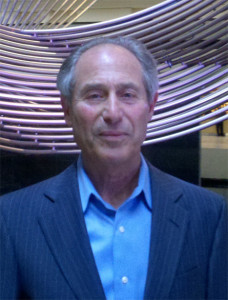 History has been my passion since childhood. I started reading history textbooks at the age of 9. A couple of years later, I wrote an essay in which I predicted the collapse of the country where I was born and raised, the Soviet Union. I made this prediction in 1958, 33 years before the actual collapse happened in 1991. I do not remember on what fantasy my childhood mind based this prediction. I do remember though that I was smart enough to show this paper to my father before presenting it to my teacher as a part of my school assignment. My father burned it, thus saving the whole family from jail. At that time, jail was the likely outcome for those making such predictions.

At the age of 17, I predicted once again the inevitable collapse of the Soviet Union 27 years before it happened. I came to this conclusion through studying the works of Lenin, the founder of the Communist State. In the 1960s, the Soviet Authorities became quite liberal, and it was perfectly safe for me to share my thoughts with family and friends. No one took me seriously though.

Then, the daily necessities of making a living, my studies at Odessa Marin University, where I graduated with a Master’s Degree in mechanical engineering, and my immigration to the U.S in 1976 took my mind away from history. Not for long though.

In the U.S., I developed another passion, Astrology. In 1983, I quit my fairly lucrative engineering career to become a professional Astrologer. My Astrological practice triggered another passion of mine, psychology. Eventually, I became a licensed psychotherapist, published author and college professor at the age of 45.

Prior to September 11, 2001, I used Astrology to counsel individuals and couples without paying much attention to global concerns. Nevertheless, I did tell a few of my associates that we as a nation would be involved in a military conflict overseas, and this conflict would have a strong religious context. Unfortunately, I was right. Like most Americans, I was deeply affected by the tragedy of September 11. It propelled me into a 17-year research of the relationships between the planetary cycles and dramatic events in history, such as wars, revolutions and economic calamities. Meanwhile, articles about my work appeared in two Oakland newspapers, and I was invited to participate in two televised panel discussions on Astrology sponsored by Russian American Video in San Francisco.

Already in 2008, I was talking about the inevitability of a dramatic rise of violence in the Middle East, Central Africa, India-Pakistan and Far East. The Arab Spring, civil wars in Mali, Congo and Pakistan proved me right. So far, no war occurred in Far East, even though the nuclear confrontation between North Korea and the U.S. appeared like a distinct possibility in 2017-18. Using the theory of planetary cycles, I forecasted in 2010 that the European Union will not become a truly unified state anytime soon, and a few of its members may even leave the Union. With Brexit, it still appears that EU is heading this way.

In 2016, I accurately forecasted Donald Trump’s victory in the presidential election at the time when it was obvious to almost everyone that he would lose. Since then, I began to write about Trump’s presidency from an astrological perspective. As a result, my new book, Impeachment or not: Future of Trump’s Presidency, will be available on my website and on Amazon.com in April 2018. I intend to publish another book on the subject, Will Donald Trump Survive His Presidency: An Astrological Formula of Presidential Assassinations, by the end of 2018.

The planetary positions in 2010-21 indicate that the world is ready to accept astrology as a legitimate tool for forecasting major political and economic events. By analyzing my astrological chart, I realized that I am the person to make an important contribution to the science of political and financial Astrology in this particular period. As a result, I have several new books on political astrology in the various stages of completion, including America and the World in the Twenty First Century and Beyond; America’s Future Wars; The Rise and Demise of World Superpowers; Astrology, Stock Market and Real Estate; The New Cold War; and The Astrological History of Russia.

Having retired from teaching my courses, Psychology of Money, Discover Your Life Purpose and Midlife Career Change, at various educational institutions in San Francisco Bay Area in 20I5, I now reside half-a-year in El Sobrante, California, and another half in Mar Del Plata, Argentina. I still consult individuals in matters of investment, professional development, major business decisions, and relationship issues. To read more about astrological consulting, click here.